Sport Court® has been the official modular suspended surface of the United States Tennis Association (USTA) since 2008. The USTA utilizes the Sport Court® PowerGame™ surface at the National Tennis Center in New York.

Sport Court has teamed up with the United States Tennis Association at the Billie Jean King National Tennis Center in New York to provide a 5 court PowerGame tennis court training center on the Terrance of the indoor facility. The courts will provide the opportunity for tennis players of all ages to improve their skills on two 60’ and three 36’ court tennis courts. In addition to tennis play, the area will be used for special events and corporate team building outings.

Sport Court supported the United States Tennis Association and The International Tennis Federation in Washington DC by providing an 18M tennis court at the Annual General Meeting. Supporting members from around the world voted to approve the Tennis 10s format, the 5th rule change in the history to the game of tennis.

Sport Court traveled with the USTA Military Outreach team that landed on the USS Eisenhower deployed in the Atlantic for a Morale Welfare and Recreation event. The team assembled a PowerGame tennis court surface and hosted the first USS IKE Open where hundreds of sailors participated for prizes and bragging rights. Some sailors playing tennis for the first time.

What Families Are Saying 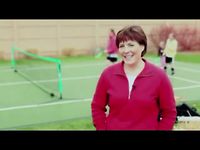 Championship Courts in Your Backyard 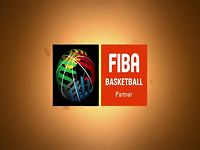 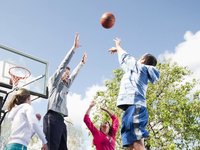